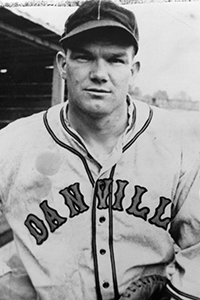 After graduation from UR, he returned to Hargrave Military Academy, a prep school founded by his father, a Baptist Minister and also a UR athlete.  As Athletic Director and coach of the four major sports from 1929-1942, Sanford won many championships.

In 1942, Sanford became Athletic Director and Coach of Football, Basketball and Baseball at Randolph-Macon College.  During his seven years there, his teams won 5 Mason-Dixon Conference Championships in those three sports.  During the war, there were fewer college students, allowing Sanford the time and opportunity to coach again at the high school level as a hobby.  He was president of the Mason-Dixon Conference when he resigned in 1949 to become freshman baseball coach and assistant in football at Wake Forest University.  He later became Head Baseball Coach and Basketball Coach there.  His 1951 baseball team tied Mexico for 2nd place in the Pan American Games in Buenos Aires.  His 1955 team won the NCAA Championship and he was chosen National Baseball Coach of the Year.  In 1958, Sanford went to Fort Lee as athletic director and coach of baseball and basketball with great success, winning many championships during his eight years there.

During the summers, Sanford played semi-pro baseball, first in the old Bi-State League, once hitting 4 homers and a 5th, which hit a pole and fell back on the field for a ground rule double in one game.  Later he entered the Piedmont League, at one time managing the Richmond Colts.  At age 37, he finished 2nd in the league with a .349 average.  After retiring from the field, Sanford spent a number of years as a scout for the Yankees.