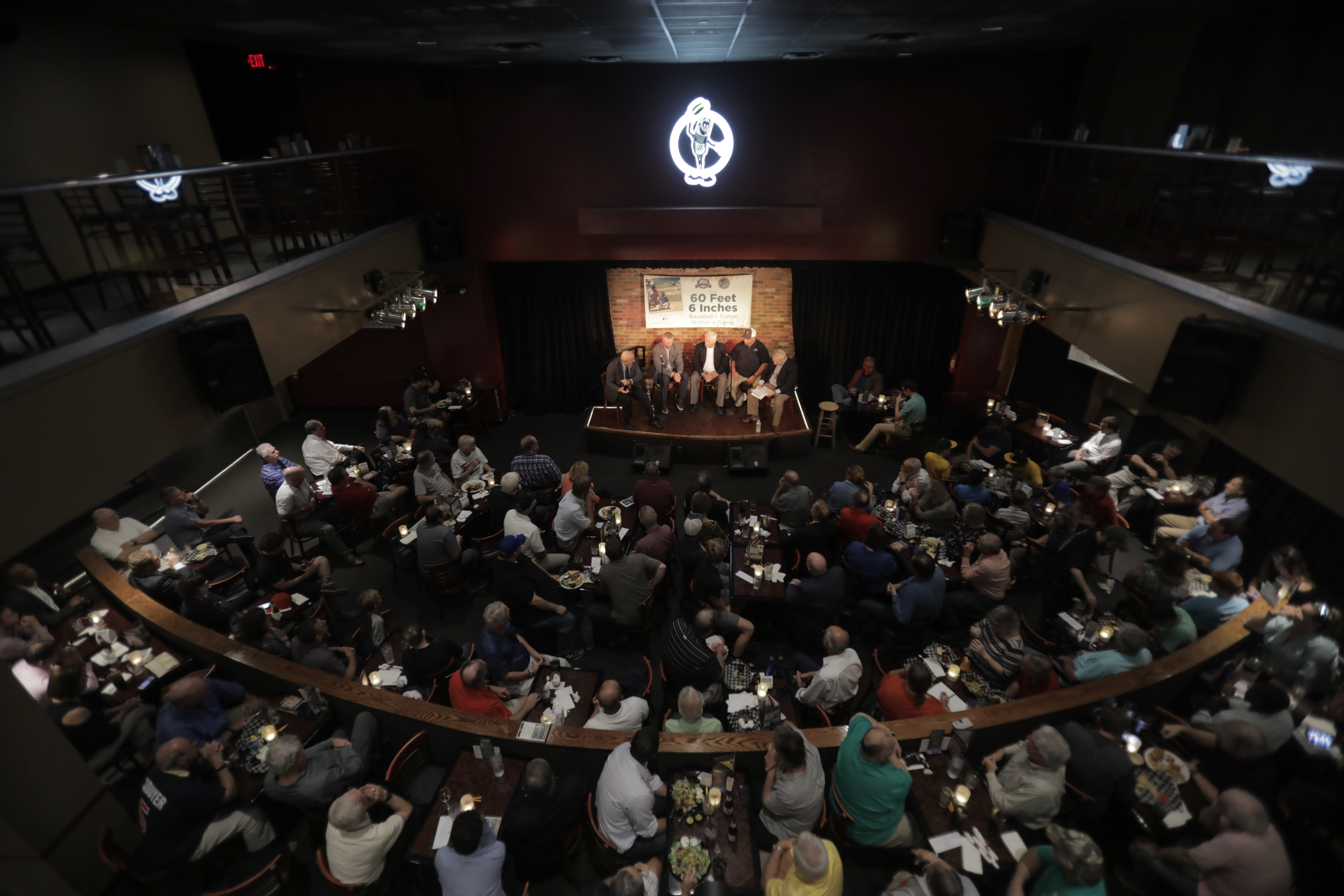 VIRGINIA BEACH, Va – Over the past 150-years, the game of baseball has not only produced some of sports most extraordinary talents, but some of its best storytellers as well.  Those is attendance at the Virginia Sports Hall of Fame’s baseball event 60 Feet 6 Inches; Baseball’s Game Within a Game , saw that first hand as they listened to some of the game’s great personalities break down anything and everything that can happen on a diamond.

The Hall of Fame would like to thank the presenting sponsor for 60 Feet 6 Inches, Bischoff Martingayle PC, as well as the Norfolk Tides, ODU Baseball, the Virginia Beach Funny Bone, Town Center of Virginia Beach and all in attendance for helping make this wonderful night happen.

“If we (player and ump) do have an argument, by the uniform I wear, *chuckles* I’m gonna win!” – Al Clark

“Players and managers don’t get ejected. They do things and say things to get themselves removed from the game” -Al Clark

“If the other team is stealing our signs, that’s our fault, that’s on us” – Gary Lavelle

On deciding who calls the pitches during a game;

“A lot of times I would leave it in the hands of my pitching coach, and give him that accountability.  At least that way, if things went wrong I knew where to go” – Tony Guzzo

On the character of players from the Hampton Roads area;

“You never hear a bad thing about the players who come from this area. I’m very proud of that.” – Michael Cuddyer

For more information on upcoming events be sure to check out the Hall of Fame’s website www.VaSportsHOF.com, or follow the Hall on social media;

Any general inquiries can be directed to Will Driscoll, driscollw@VaSportsHOF.com